In 1899, after graduating from McGill University with a Bachelor of Science in mining and metallurgy, young Selwyn G. Blaylock heard the call of the West and left Montreal for the pioneer town of Trail, B.C. for a job opportunity at the smelter that the CPR (Canadian Pacific Railway) had recently purchased from the American smelter tycoon F. Augustus Heinze. The railway company had purchased the smelter to secure the movement of freight in the rapidly growing mining area called the Kootenays (Indian for “people of the water”). In the early years there was very little transportation by rail because of the rugged terrain. Most of the transportation done between the railheads was done by sternwheeler on the extensive waterways. The automobile and roads were still virtually non-existent.

Blay, as he was known to his friends, was a tireless worker during those early years forging a new business faced with daunting challenges. With his research team he developed a new floatation process that revolutionized the smelting industry. A smelter that to this point was a struggling venture was suddenly put upon the worlds stage because the production of the smelter was increased by more than 12 times. 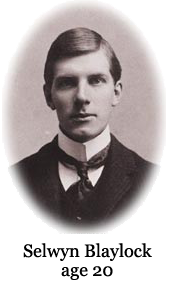 Shortly after this new success WW I was starting in Europe and the Consolidated Mining & Smelting Co. became a major supplier of war materials.

With the major successes of the smelter there were also controversial effects, which resulted in polution of the Columbia River valley. The American Farmers Association sued Cominco severe crop damage. They won, and Cominco was strongly urged to clean up the air that spewed from the smoke stacks 24 hours a day. Mr. Blaylock, who was then the general manager, turned the company’s “lemons” into “lemonade” by taking the sulphur out of the smoke and started a fertilizer plant that eventually became Elephant Brand Fertilizer, one of the most prominent fertilizer suppliers in North America.

In 1941 with the entry of the Americans into the Allied war effort, the Trail plant was again employed to be one of Canada’s main producers of war materials. In WWII the Trail plant also became involved in producing heavy water for the development of nuclear bombs in the Manhattan Project. This top-secret part of the CM&S operations was known as “Project 9”. Despite the pressures Blaylock’s workaholic nature caused him to rise to the challenge, transforming the CM&S again into an efficient production unit for the war effort.

Over the years Mr. Blaylock had done very well with his career but it wasn’t without its challenges. As a way to relax with his family as well as entertain his business colleagues and friends, Mr. Blaylock had a summer home for many years, on Roberts Bay, just outside of Nelson. Because of the limitations for entertainment in the Kootenays, Mr. Blaylock would host lavish weekend getaways for CM&S executives, celebrities and leaders of industry from around the world. It was often said, during those years, that some of the most important decisions for supplies during both world wars were made on these weekend gatherings. In 1934 he decided to upgrade his original summer home with a new structure that would become one of the finest examples of Tudor architecture in North America. Mr. Blaylock engaged the services of a prominent architectural firm in Montreal that had designed the Banff Springs Hotel as well as other famous CP Hotels across Canada. One wing of his new extravagant residence was built to house the staff that Mr. Blaylock employed to help him with his busy entertainment calendar. In the construction phase of the project costs were of little concern, with the best of materials being shipped in from the four corners of the earth. The famous Kootenay Lake sternwheelers transported the bulk of these materials. 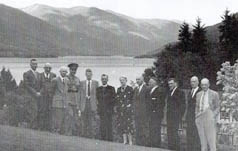 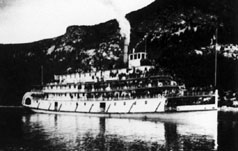 The mansion was completed as the world was edging closer to World War II. During the war because CM&S Co. was so involved with supplying war materials and with top-secret operations like “Project 9”, the Blaylock mansion became a secret getaway for the purpose of top-secret strategizing for materials movements for the war effort. Again, Mr. Blaylock was able to mix pleasure with business by accommodating leaders of companies that supplied materials for Allied war effort all through the Second World War.

Impressive chiseled granite walls and wrought iron gates mark the entrance to the 13 acres of Blaylock estate. This property is an arboretum with grounds that are beautiful, lending peace of mind, with the elaborate mature rock gardens and cascading waterfalls, fountains, still ponds, and hidden pathways. Purple flowering thyme cushions your step as you climb to the quaint lattice-work gazebo in the upper rock garden, from where you can survey miles of surrounding scenery. A very special feature are the rare trees and shrubs the original owner carefully collected from all over the world over his lifetime of devotion to gardening. 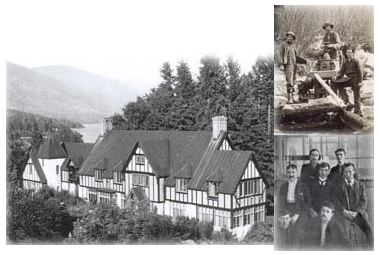 Although Mr. Blaylock built this magnificent home for his retirement it wasn’t in fate’s plans. Within 6 months after his retirement in 1945, Mr. Blaylock became seriously ill and within two weeks in the Trail hospital Mr. Blaylock had died. His friend of many years, Archdeacon Fred H. Graham described him most accurately as “…large in heart, with a somewhat grim humor, which was almost always kindly, and of sound and sometimes subtle common sense. It was as if a great tree had fallen in the forest.”
You can enjoy more of the fascinating history of Selwyn Blaylock and Blaylock’s Mansion in our historic Lakewood Gallery.